This time the work on Mauch Chunk took place a good while ahead and the layout was dismantled a week ahead of the show ready to pack – much less stressful. New etched fencing to the road at the west end of the layout, rebuilt fences along the trackside (now more to scale), many more trees and many new telegraph poles were the main scenic changes.

As impactful were the changes to the stock: the locomotive stock has now mostly been weathered – particlularly the steam locos, which many at the show noticed. Passenger cars had corridor connections added and other stock, particularly smaller tank cars, were repaired and weathered. There were again more customised NE cabooses – making 24 in all. Some more recent diesels have not yet been weathered as considerable detailing will be carried out before this is done.

Behind the scenes, new 4:3 ratio monitors were used for Big Bear and this greatly improved the operator experience – Peter Thurston who wrote the software visited over the weekend.. A CCTV system was used for the Westbound operator to see the uncoupling magnet. Finally, Phil Sutton drew and Richard and Gavin applied new fascia lettering and symbols. This transformed the layout and made it look nicely professional.

Gavin and Mike had fun loading the layout into a short wheelbase Luton van rather than the long wheebase van we had ordered (don’t ask). It was rather tight!

The layout ran well initially, but later the Lenz control system overheated on several occasions. The Peco point motors in the fiddle yard throat also began to fail on day two and needed considerable fettling to keep them working.  The crowd was excellent on all three days, and many were very complimentary.

We ran several ‘multi-occupancy’ roads in the staging/fiddle yard and this allowed us to run several short consists and light locomotives, giving more of the loco stock a viewing to the public.

It felt as if Mauch Chunk had come a long way since previous exhibitions and it was more enjoyable to operate. The exhibition team was Steve Hales, Richard Oldfield, Gavin Liddiard, Mike Rapson, Gareth Evans and Dave Millward.

The final bonus was winning 1st prize in the ‘non-association’ layout category. Photos inlude shots of the working side and one of Peter Thurston who wrote Big Bear software, is based in Scotland and visited us in Glasgow.

Model Rail Scotland interviewed me (Steve) and you can see the result (!) here: 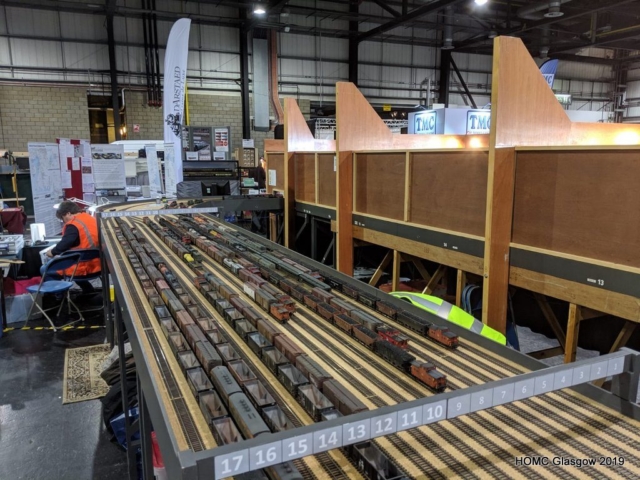 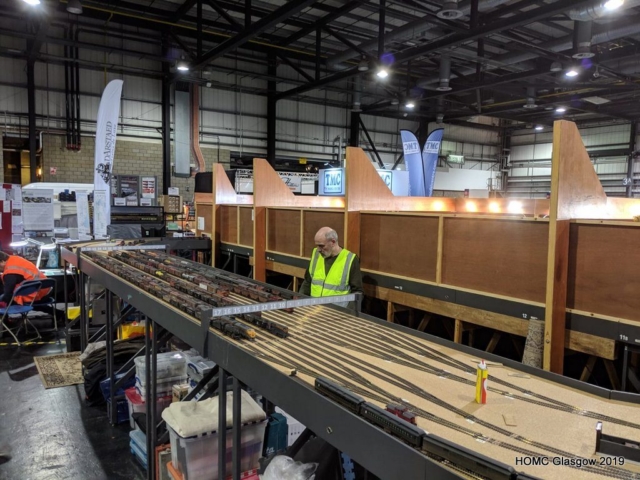 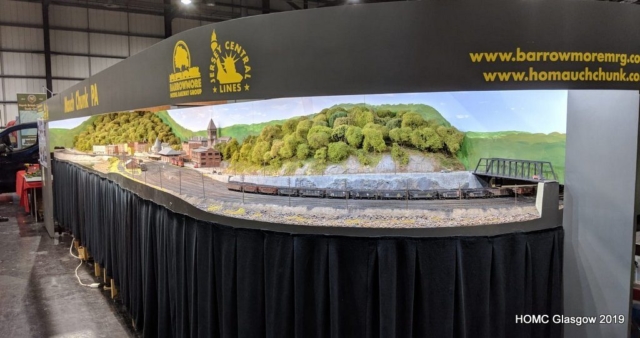 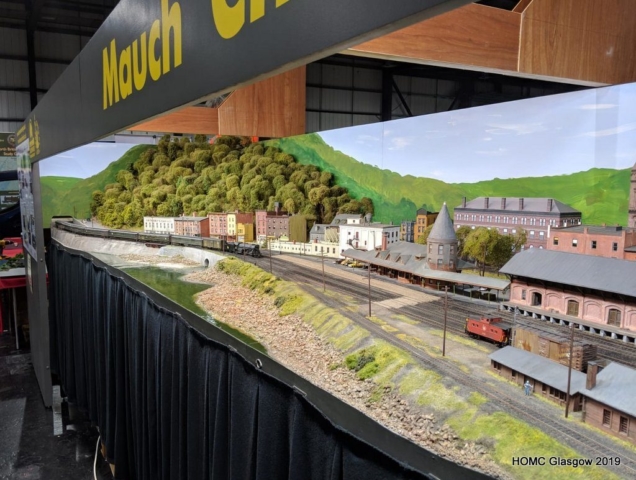 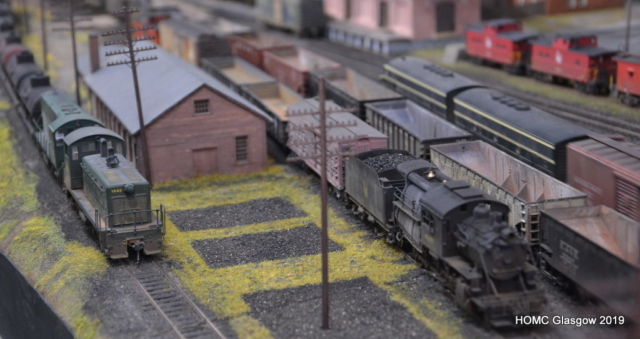 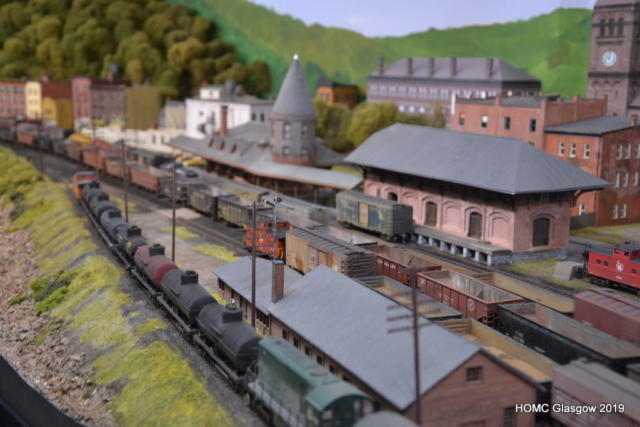 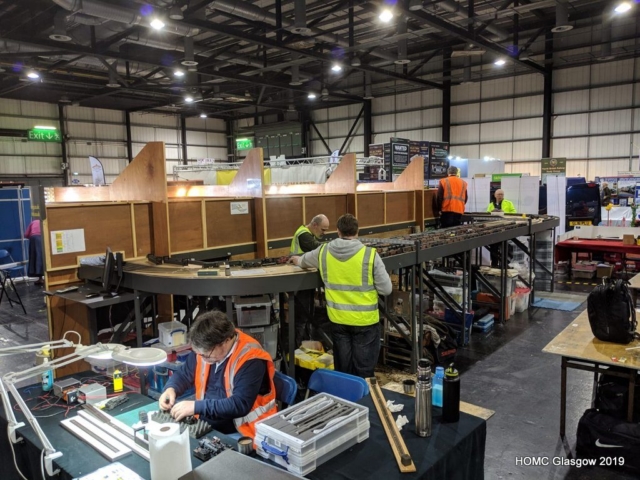 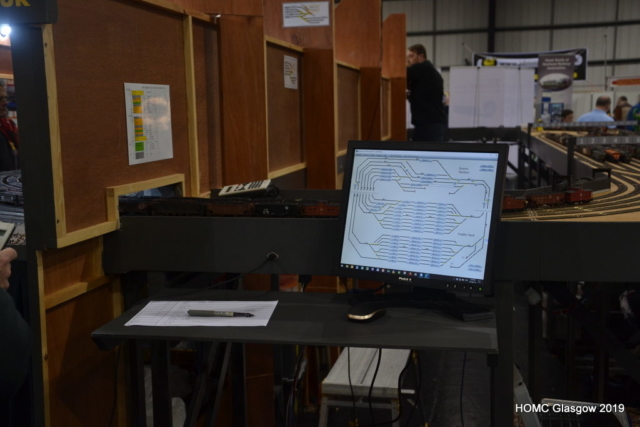 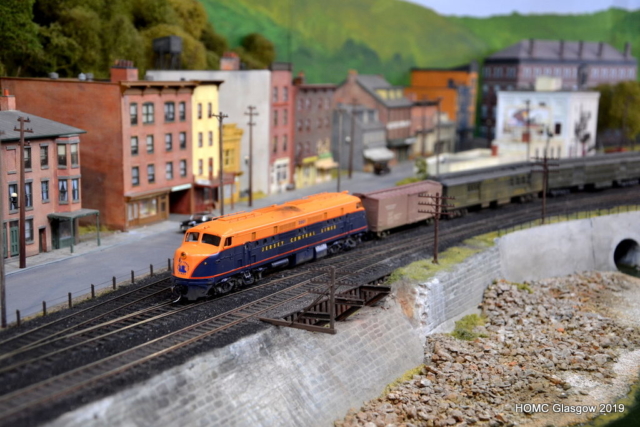 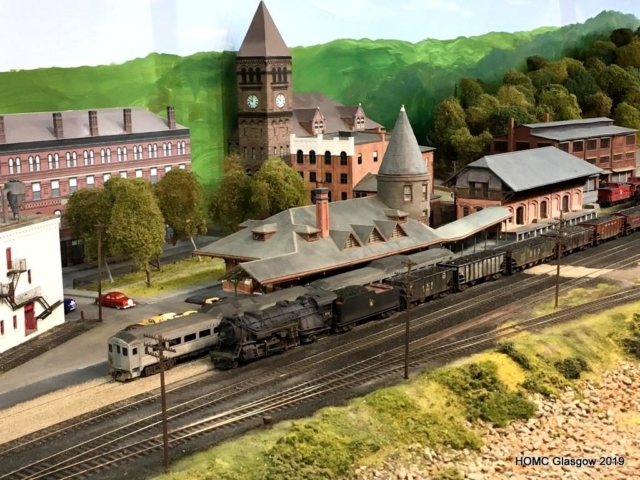 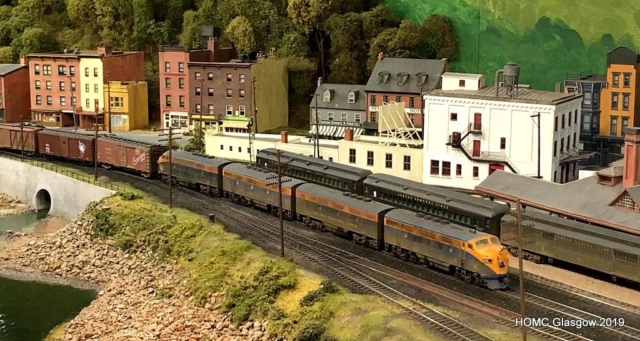 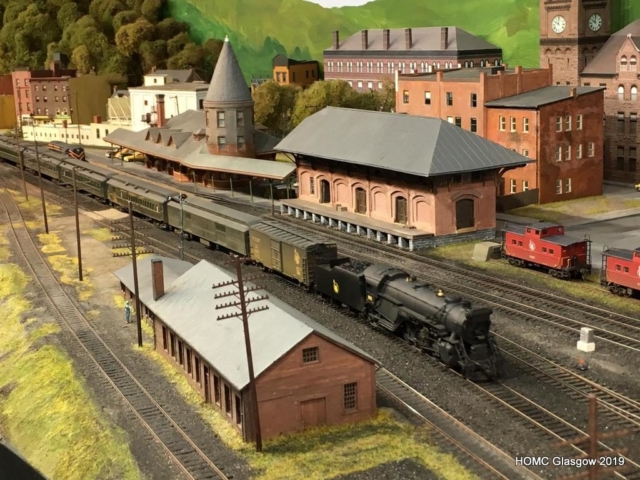 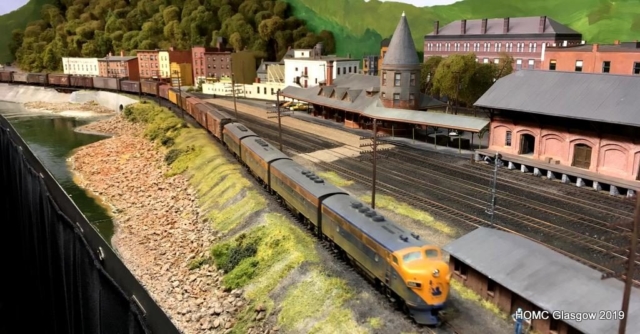 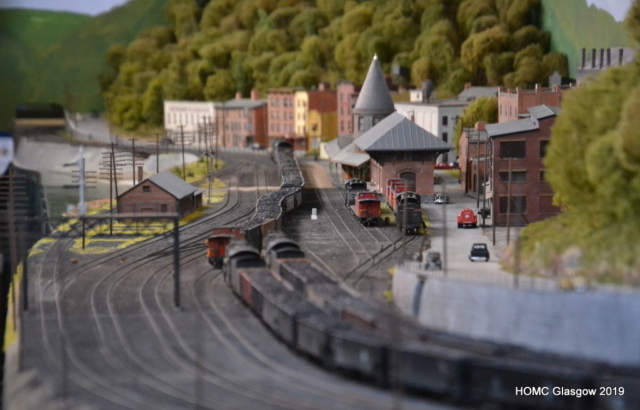 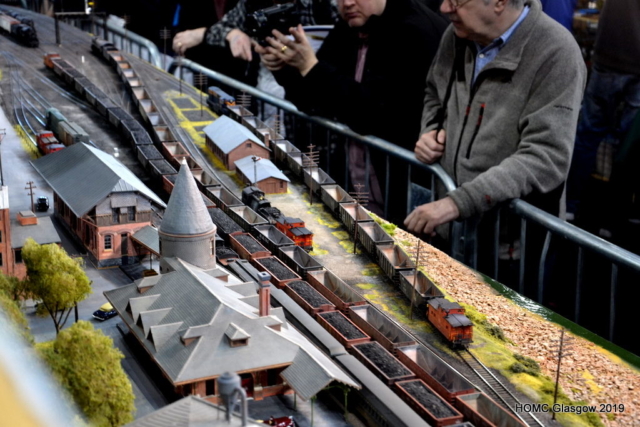 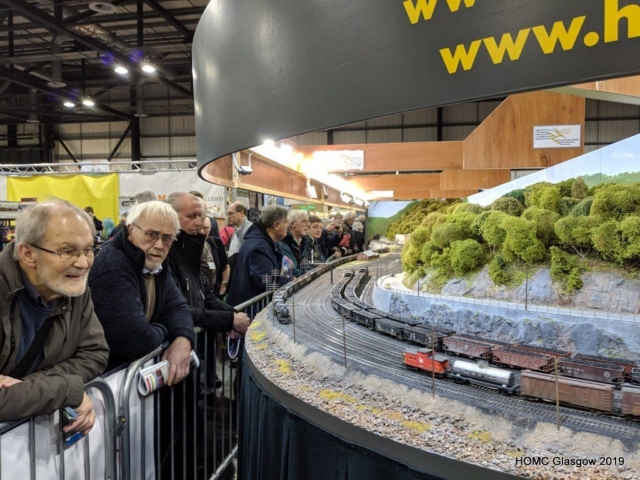 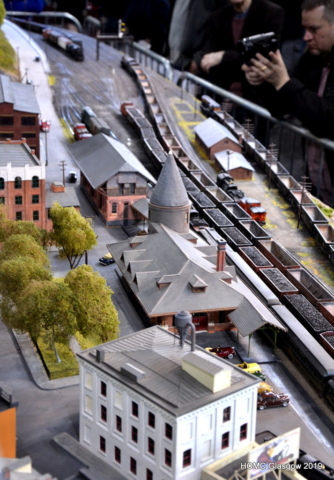 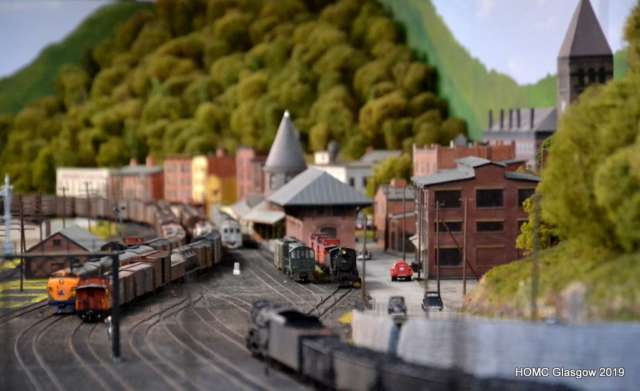 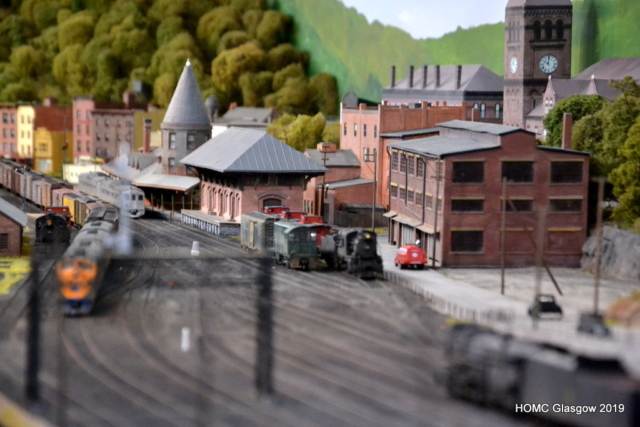 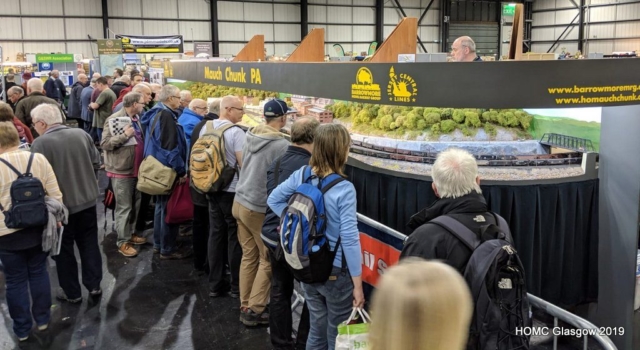 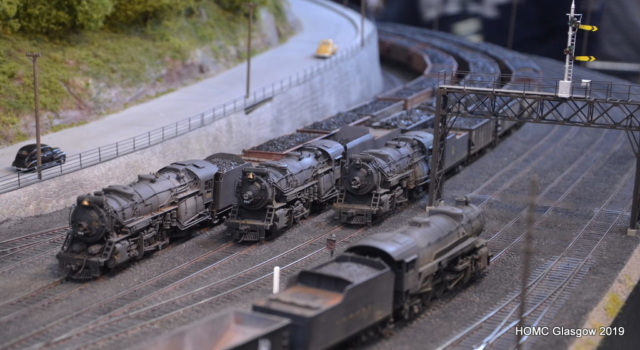 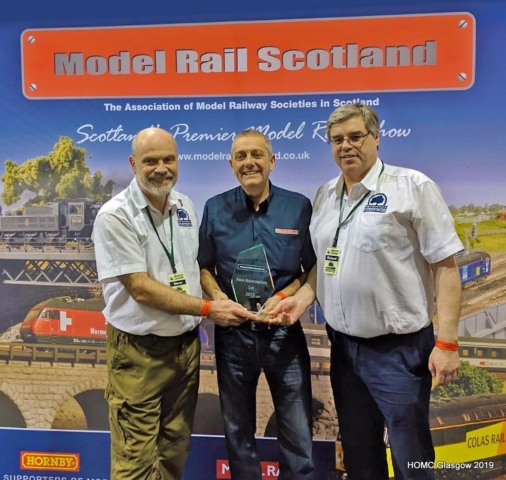 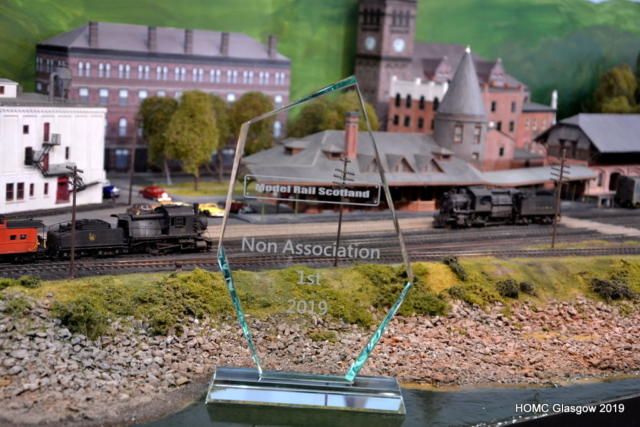