Things continued slow throughout 2012 as we negotiated our way through finding funding to purchase our clubhouse.

I (Steve) am Chairman of the Merseyside Model Railway Society, so I have been very tied up in this. However, the very good news on the modelling front is that we now have several new modellers: as well as Gordon who joined us last year, we now also have a new club member, Doug (a South African) and John who has moved back to HO American after several years in the wilderness. Along with Chris, who is sharing his expertise with the EM group mentioned in the last update, this makes 4 and a half modellers. We are raring to go with the next stage!!

Here are a few photos which show quite an atmospheric Mauch Chunk. They also show the completed 2.5D backscene buildings, and repainted hillsides, although there is still work to be done there. Colours are deliberately muted in some photos. 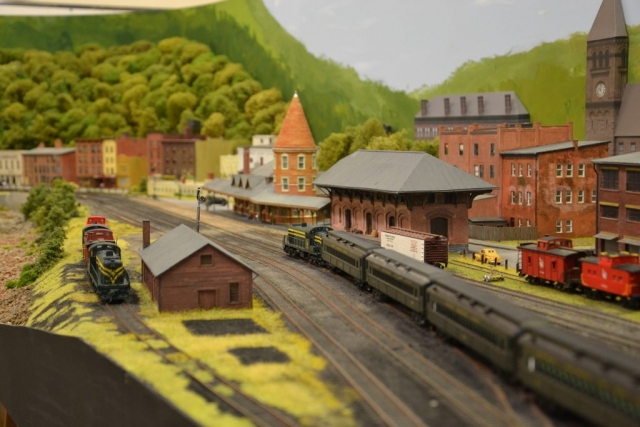 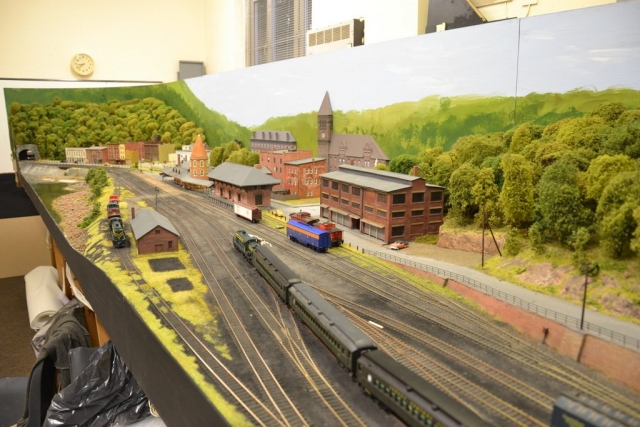 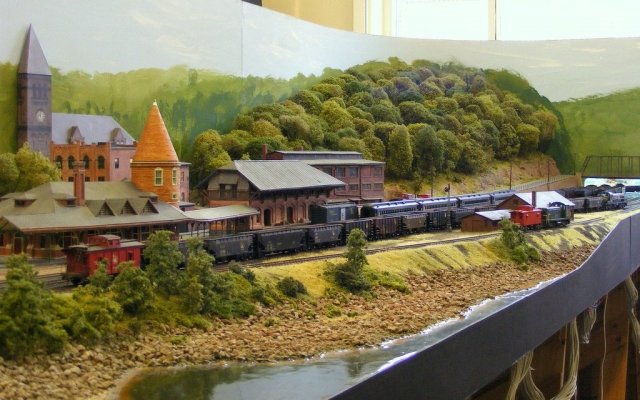 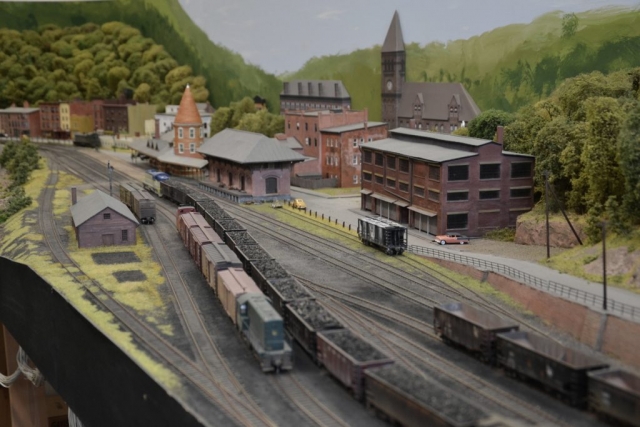 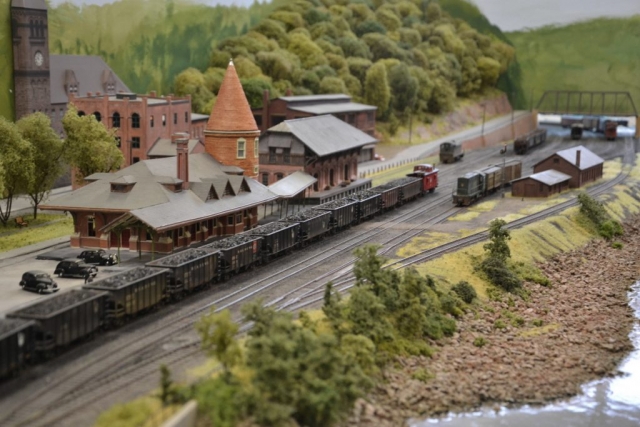 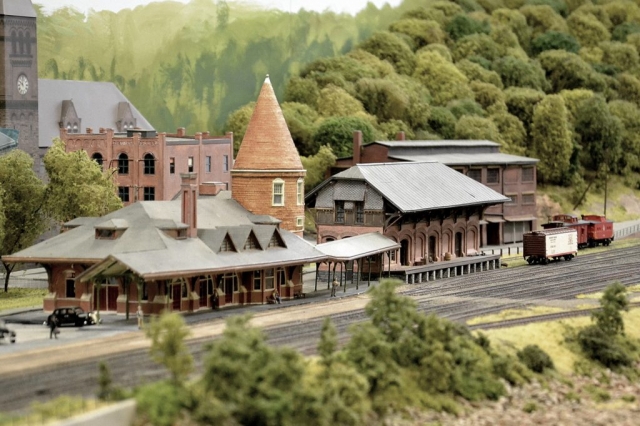 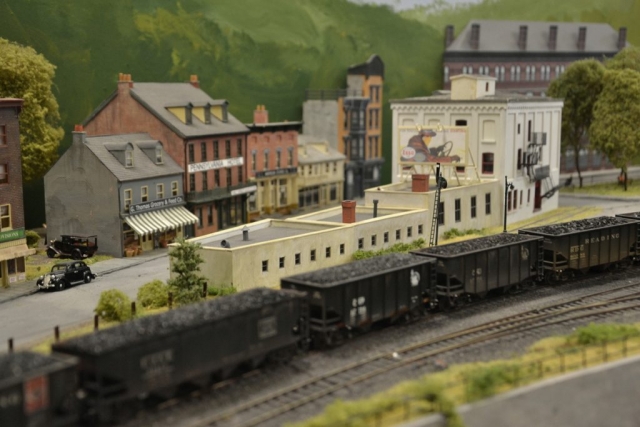 The great task of installing a continuous backscene finally started: A support of 4mm MDF was found to be flexible enough to curve round the ends and the two painted sheets that had previously been used in the middle were used (which is why the painted hills are in the wrong place at this stage). Suitable wooden supports and frame were built to provide more rigidity than hitherto. A new sheet was installed in the middle.

The intention is to use a continuous sheet of matt laminated paper or plastic, which we will paint before lamination. This will stand in between the backscene and the model (it has enough rigidity) and give the portable continuity, without any gaps, that we are seeking. It may even work!

To sit in front of the backscene, slightly 3D buildings – the courthouse and navigation building – are under construction. They are made of perspex and plywood which provides non-warping rigidity and ease of working. Roofs will be made of thick plasticard. These will be coated with matt laminated photos built up from mosaics as used in a flat form before. 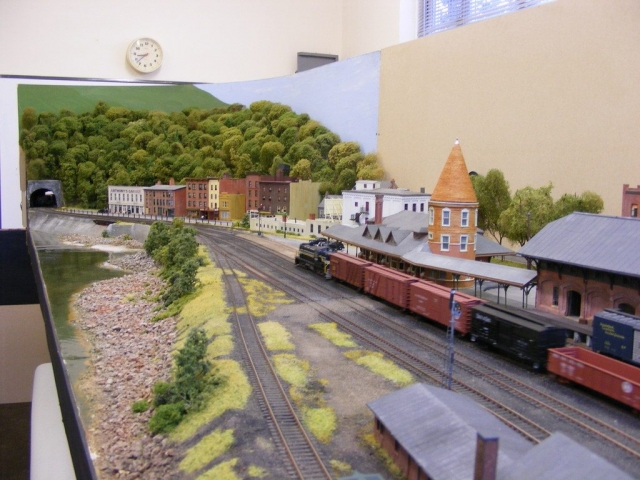 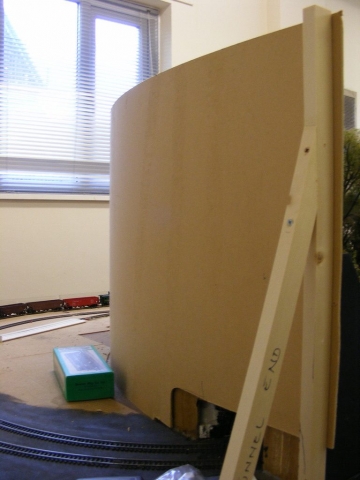 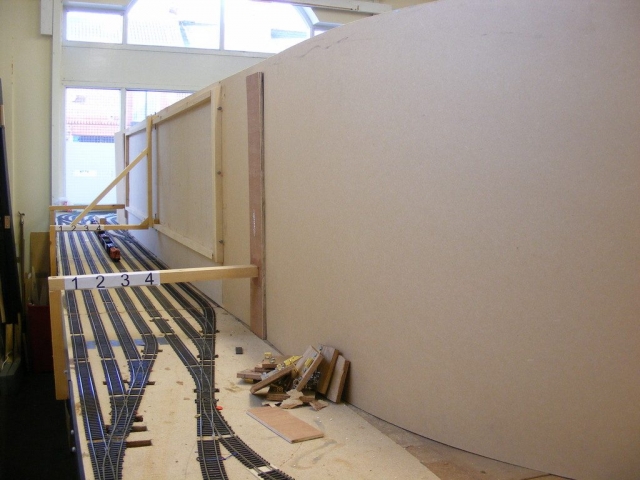 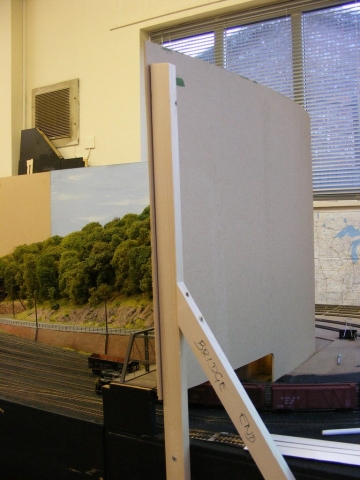 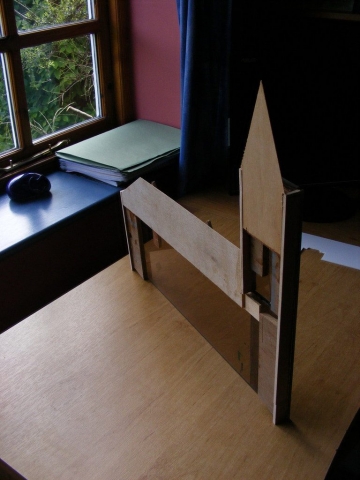 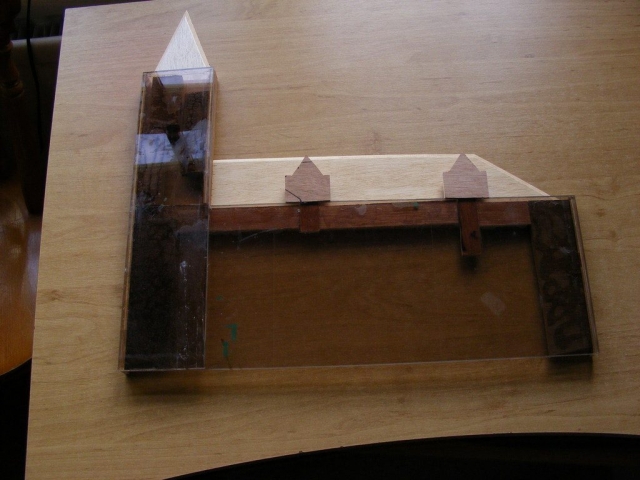 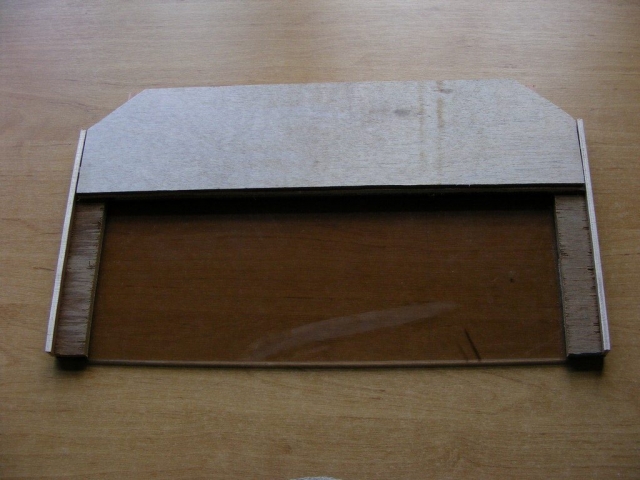 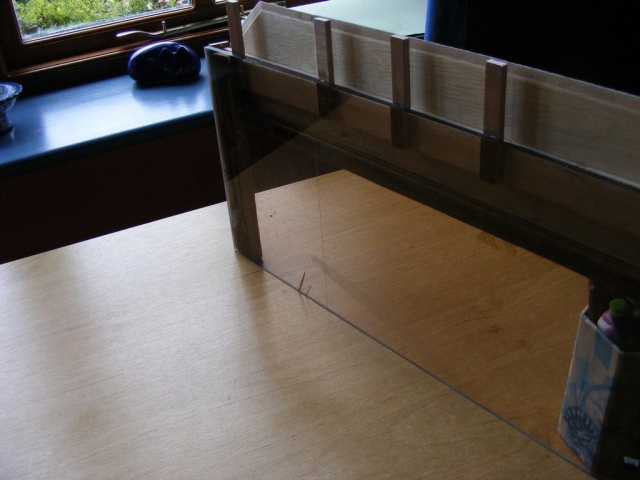 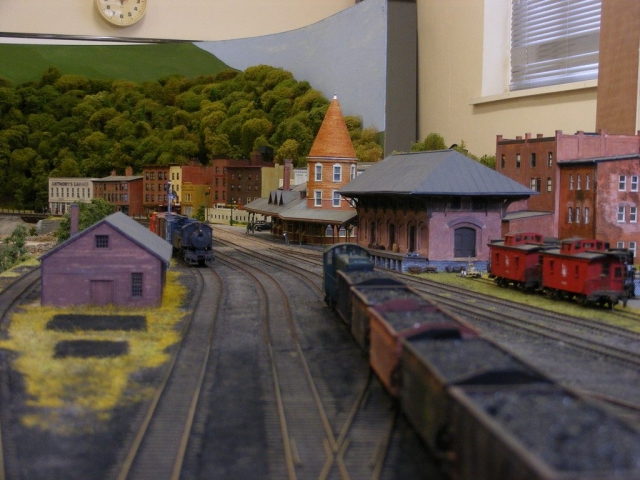 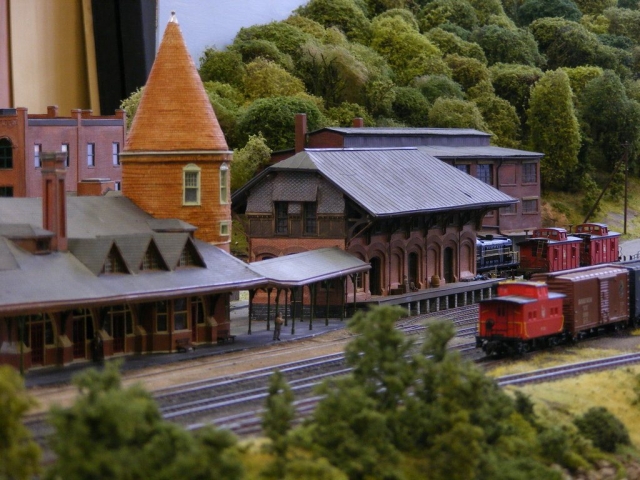 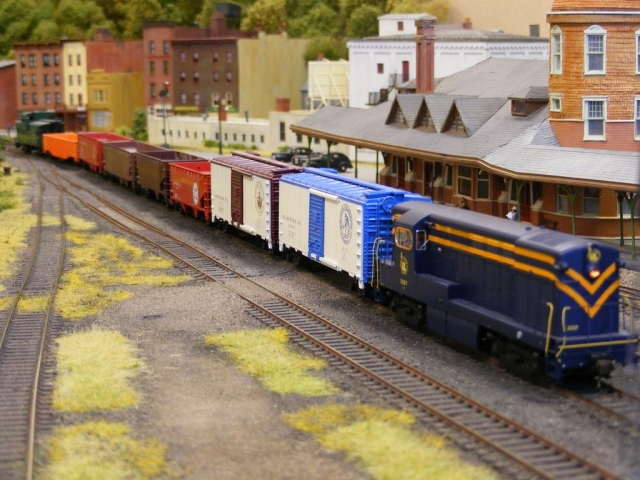 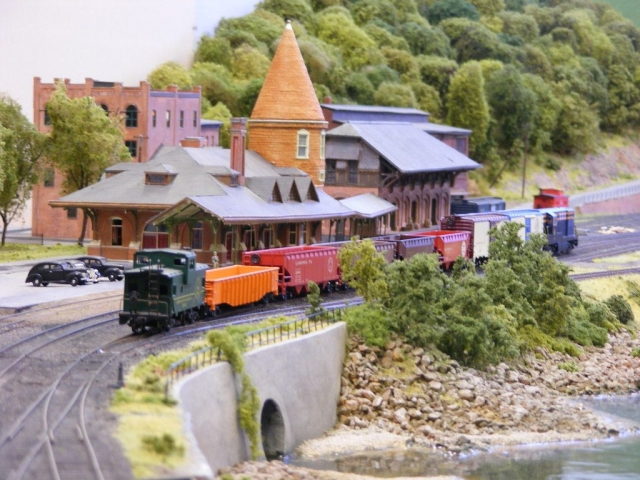 Some more grass has been added to the between-tracks area following a close examination of some of the photos “from above” taken in this period. It looks as though a couple of buildings were removed, leaving unleached coal waste from underneath them on which no grass would grow. That’s my interpretation, anyway!

There’s still quite a lot of finishing off to do. Personally I have been levelling the kadees on all my stock and still need a few metal wheelsets. More DCC chips are beeing installed and a few items need remotoring. Biggest is scratchbuilding a CNJ signal bridge using brass etching (if you might be interested in getting one of these, please let me know and I will try and design the etch to handle 2, 3 or 4 track bridges).

Last but not least, an airbrush set-up is being assembled with the intention of serious (but subtle) weathering for everything. Years of fun to come!

So still a few bits to do before we can exhibit it again. A few other club members with American modelling interest are beginning to show their heads in our room, so we hope that we may have more help once Paul, Chris and Dave focus on their new creation. 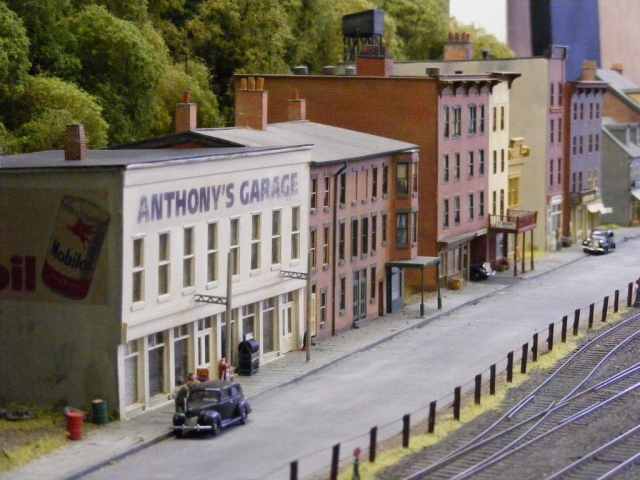 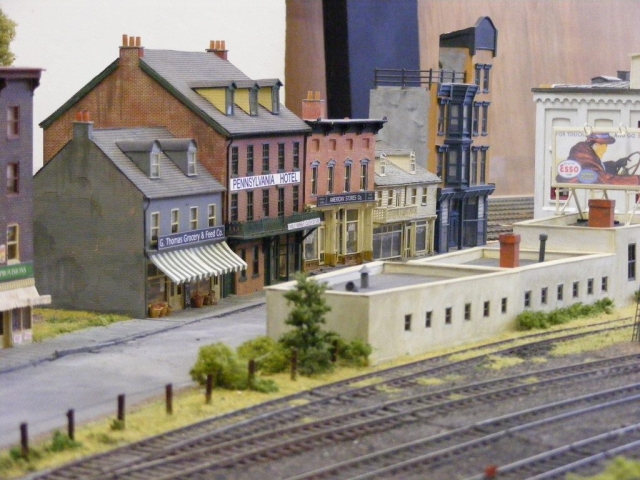 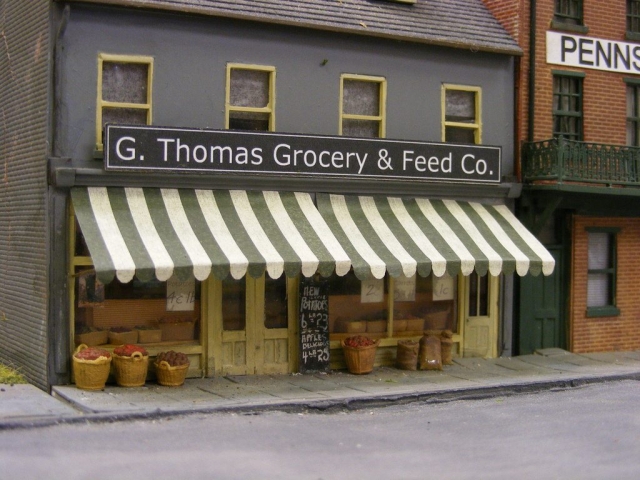 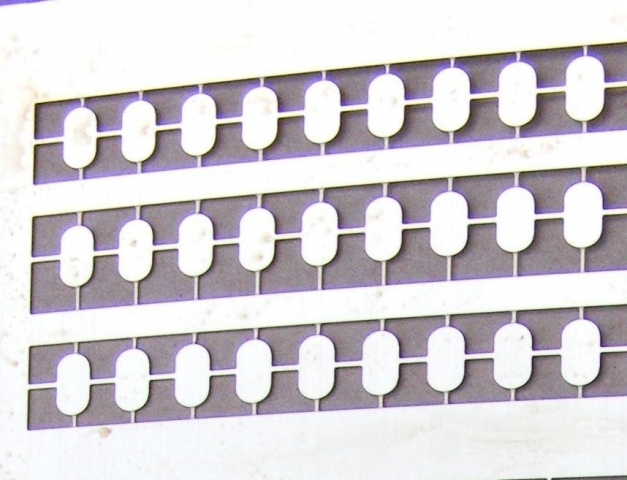 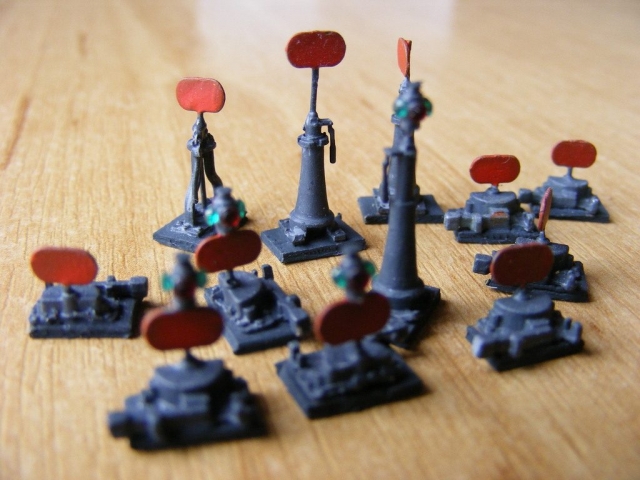 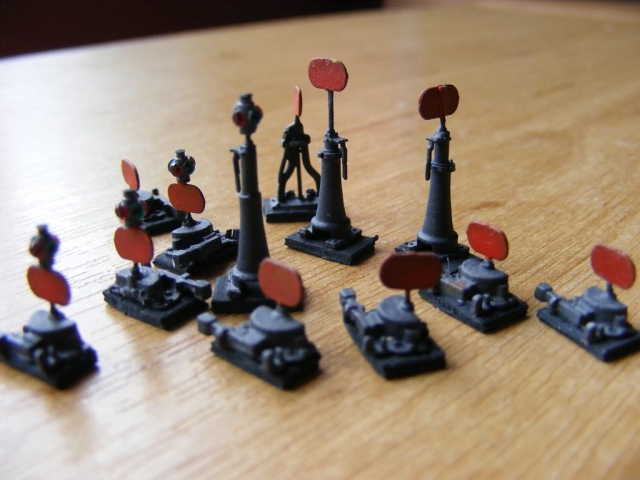 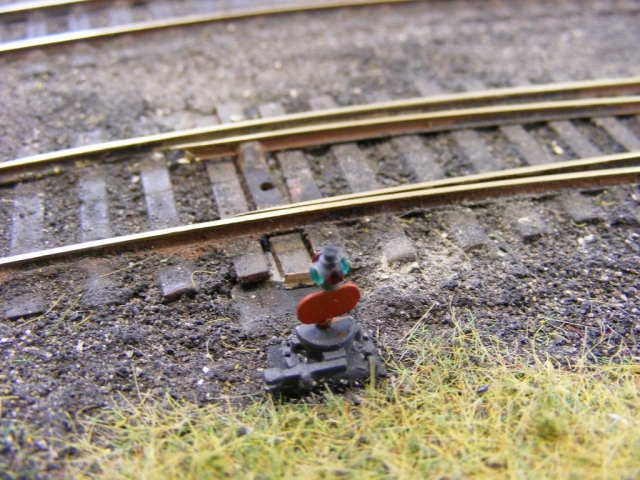