We seem to have slowed down again over the summer due, I suppose, to other commitments, but also to much activity focused on ‘slow’ areas. In particular, Paul has been devoting nearly all his time to setting up DCC and chipping locos and then trying to get them to run – the brass ones are particularly difficult. We went for the NCE DCC kit in the end which seems to do everything we want. We are also using basic Hornby chips which do the job, although some locos came with sound chips ready installed. The best bit about DCC for me (old misery) is that we can turn the sound off the sound chips! 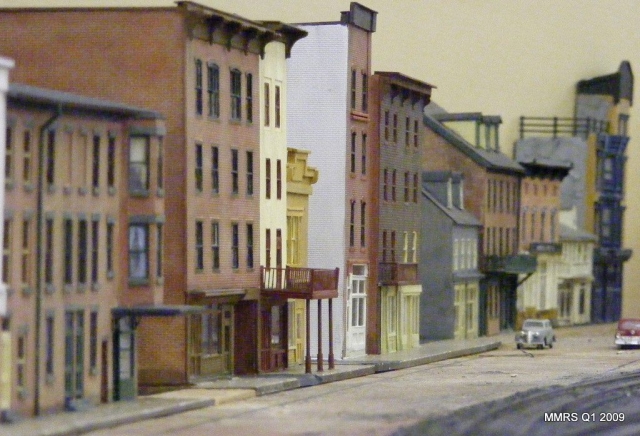 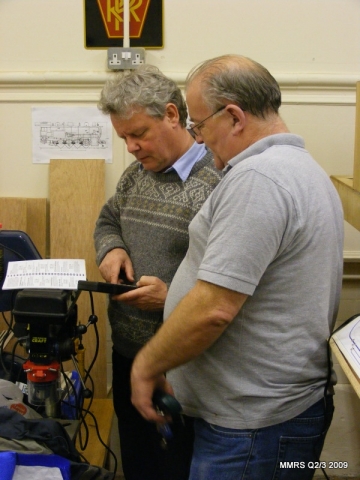 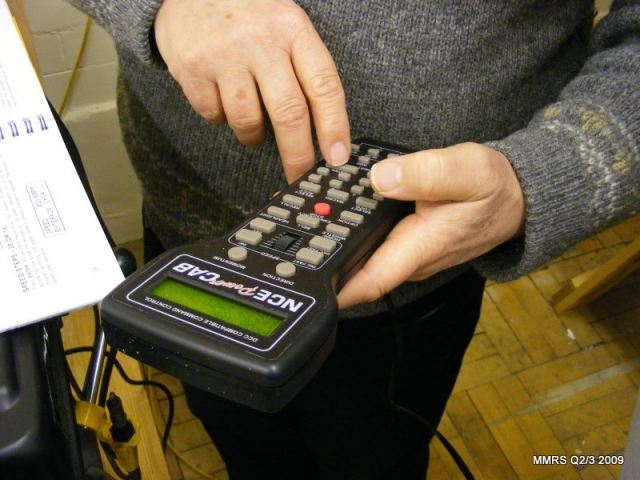 In the summer, Dennis Morley, an O-Gauge modeller, delivered the brass locos back after painting – he’s done an excellent job. Weathering still to be done. Here are three of them, the 4-8-0 was finished later. 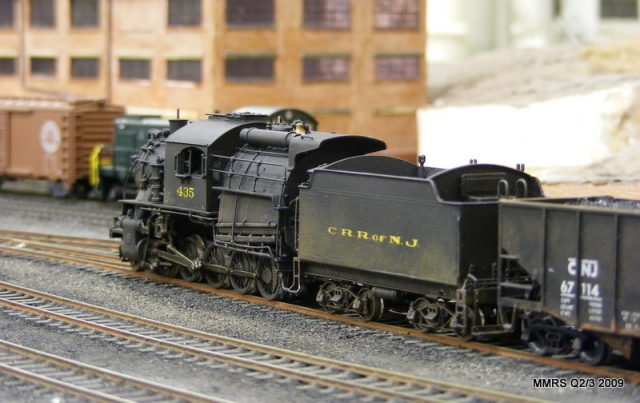 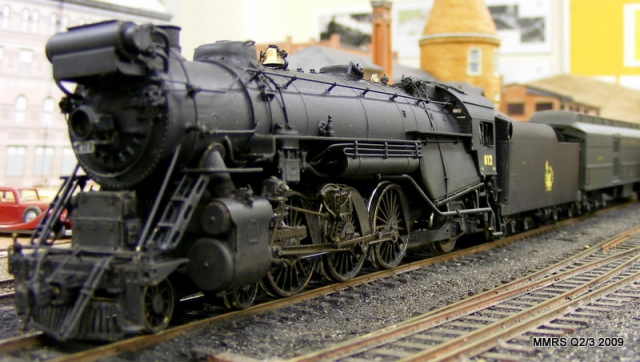 Steve spent most of the past six months doing shop interiors using various materials from Langley Models (UK, 4mm to the foot but manageable) and Preiser (right scale but not cheap!). He also made good use of the colour printer and photos of old shops that he’d been accumulating. Three examples are shown here, but you can’t really see very much once they’re in. 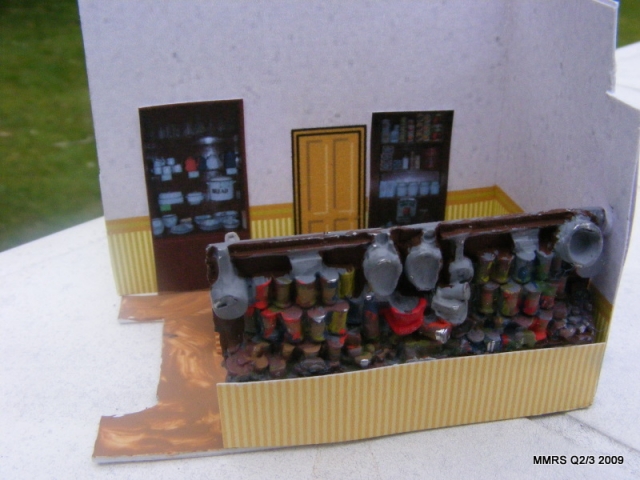 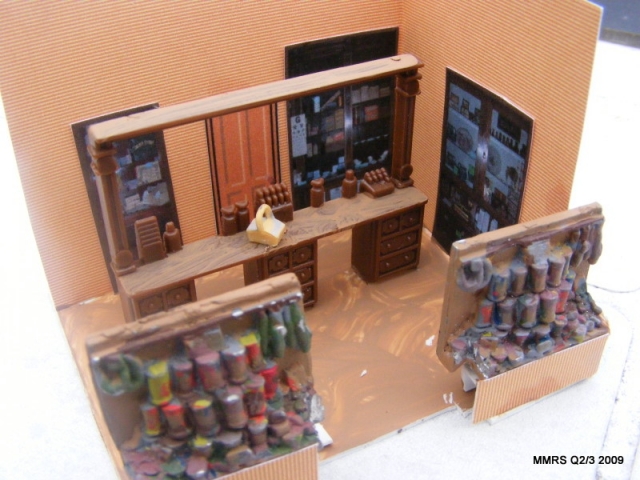 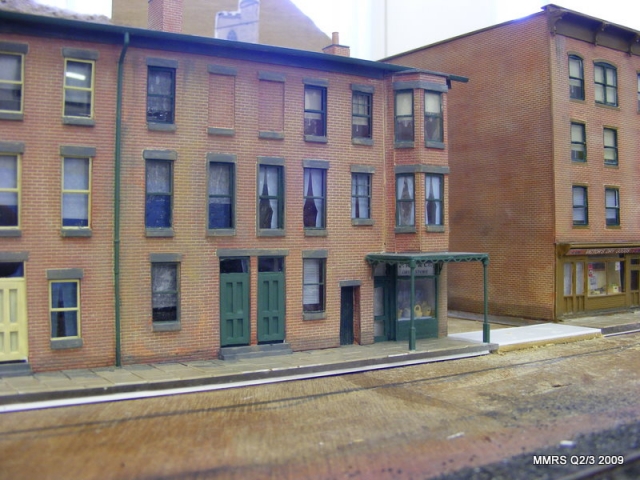 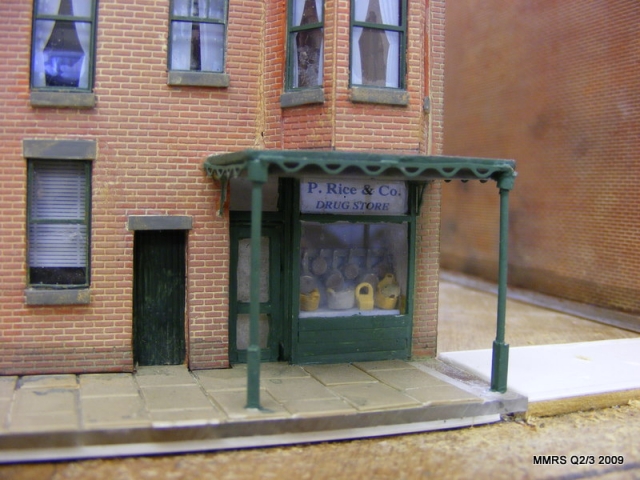 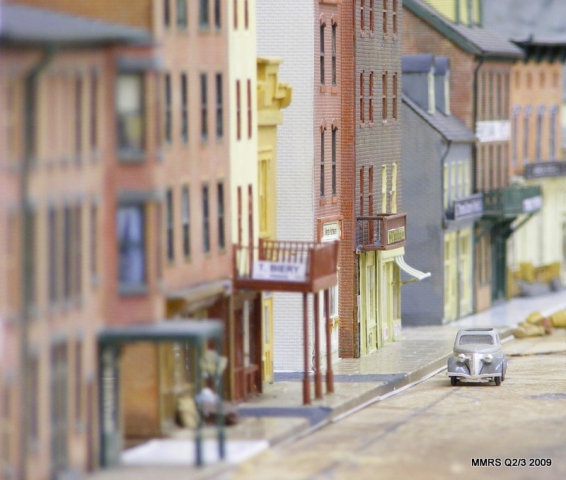 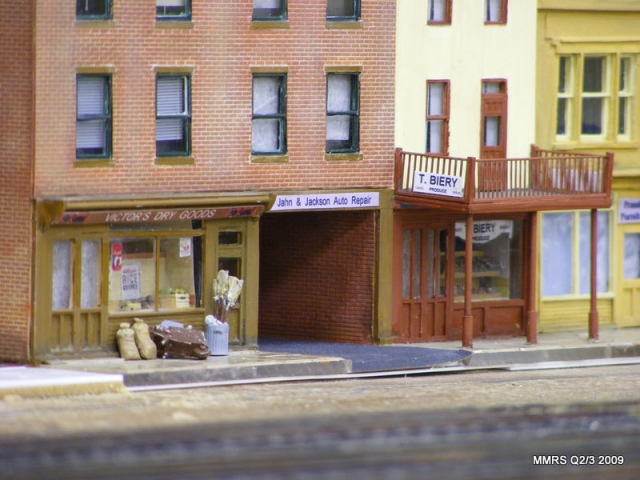 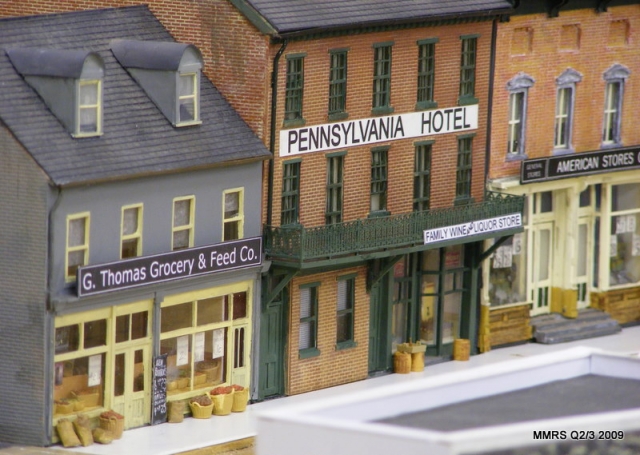 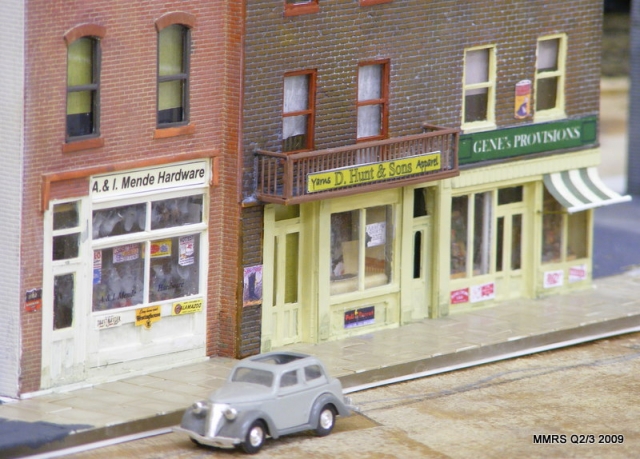 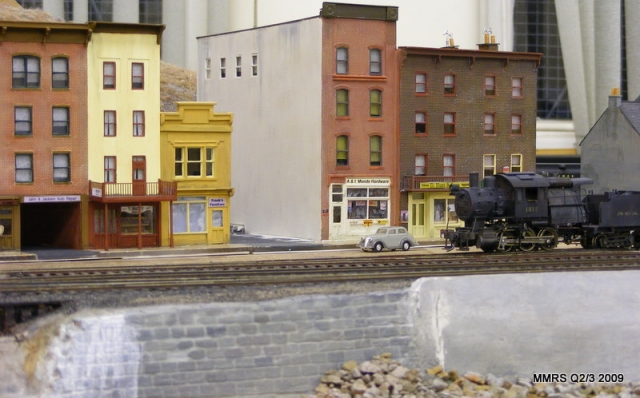 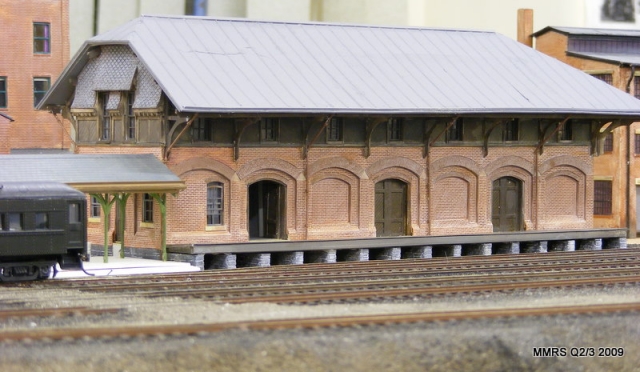 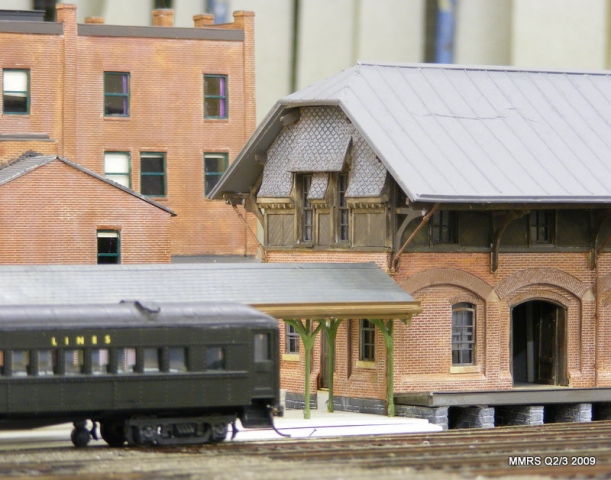 To finish them off Steve’s been using computer written signs and scanned and reduced posters. Home made decals have also been employed with extensive use of various free and not-so-free software. The signs and buildings still need a fair bit of weathering but it’s getting there. Susquehanna Street is pretty much done now, except the sidewalks and ashphalt.

And to finish off a few extra photos from our last open evening. We’re counting down to the Exhibition at the end of October now – Pete Waterman is opening it (you’ve either heard of him or you haven’t). Trees next… 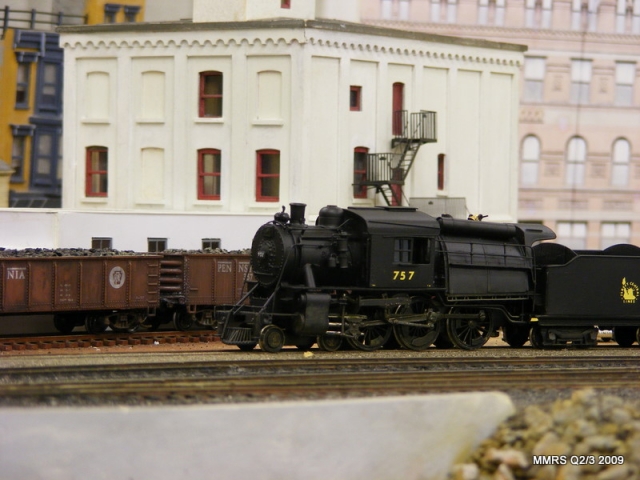 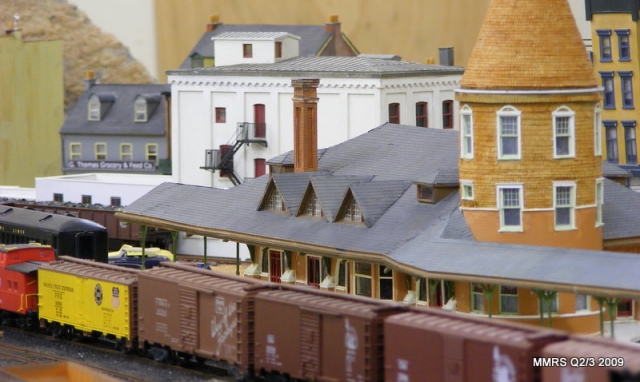 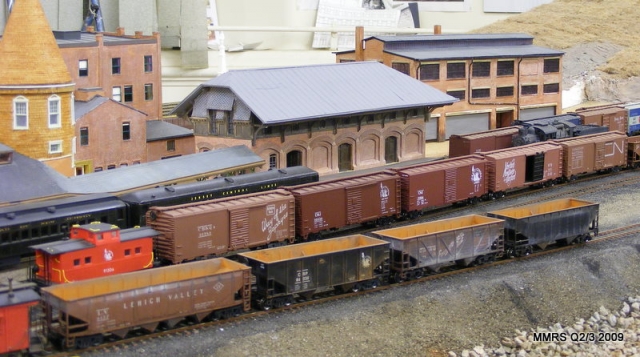 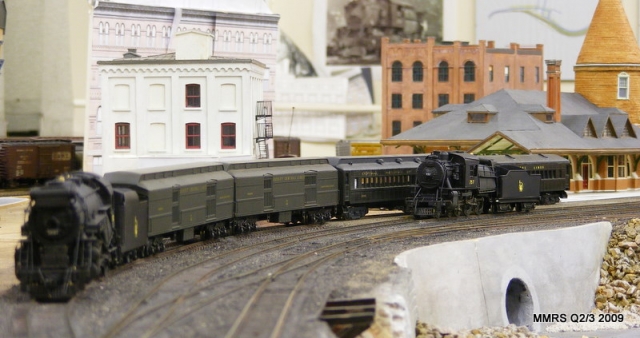