This was Mauch Chunk’s first outing since 2011 and the first with operators from the Barrowmore club. More significantly, in the past six months, 13 of the 17 baseboards have been built from scratch as well as the lighting gantries and control system. This was also the first time we used Big Bear and TeamViewer to control the layout from two laptops.

Because of the high standards used in the Barrowmore club, the layout ran reliably and well and proved popular with the somewhat disappointingly sparse crowd. Over the course of the weekend, the Barrowmore ‘fettling’ table got ALL the locomotive stock running smoothly – the first time ever. The novice operators seemed to find the layout easy to operate on the whole and put on a good show.

As a result, steam power – mainly brass but including the two kitbashed mikados – was to the fore, as were brass double enders and babyfaces. Many plastic F3s, RS3s and several switchers were also in evidence. Everything on the layout was from the era between 1945 and 1955.

This was a good start to Mauch Chunk’s new life as a Barrowmore layout and bodes well for the future – once the long fixing list is completed! 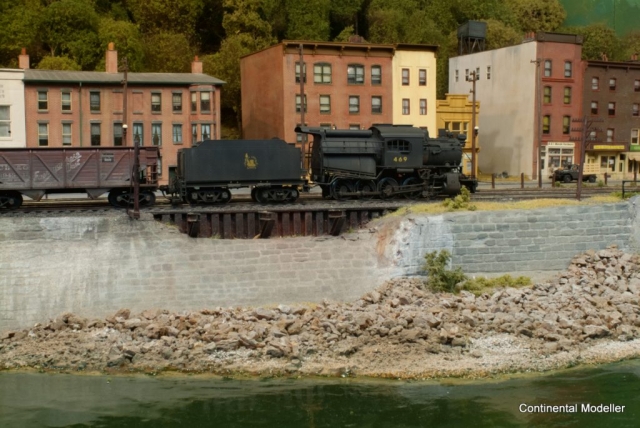 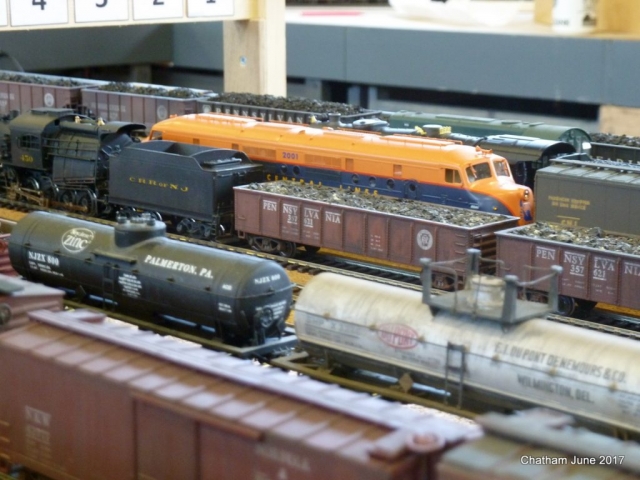