After getting back from Chatham Exhibition, we took a break before erecting the scenic boards of Mauch Chunk. Once these were standing again, Gareth’s son, Celfyn (Welsh for Kelvin) found the boards were just the right height for climbing through! Steve’s daughter Anna’s dog, Bryn, is also with us for a couple of months while she moves into her first house (we hope) and he is being very laid back about all the noise I am making rebuilding Packer Hill. 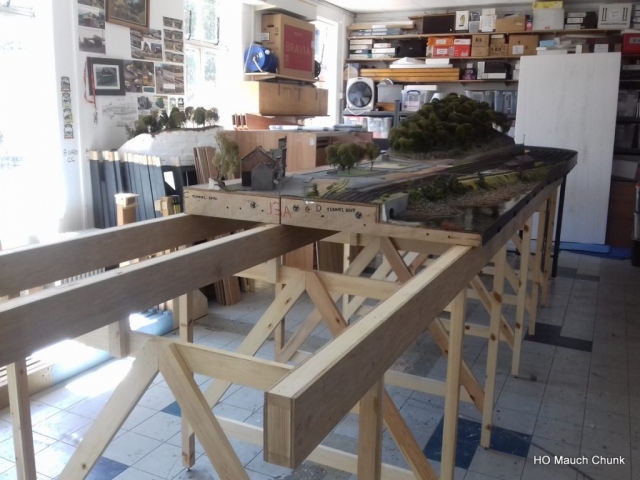 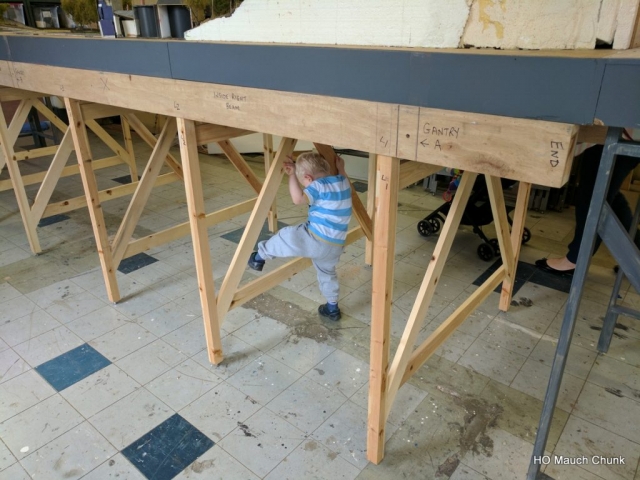 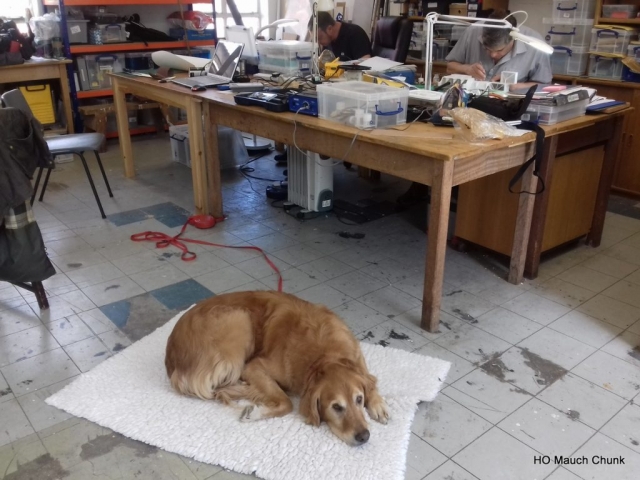 The first main task was demolishing the temporary polystyrene ‘hills’ at either end in order to construct the new, larger ones. Polystyrene sheets were laid and stuck together with various glues of various efficacies! Eventually, they all dried and we were able to carve them with a mixture of a multi-tool and knives. Baseboard edges were lined with plywood.

Once this was completed, the roadway was laid in ply around the edge of the hill above the track. The base of Flagstaff mountain is being similalry rebuilt. 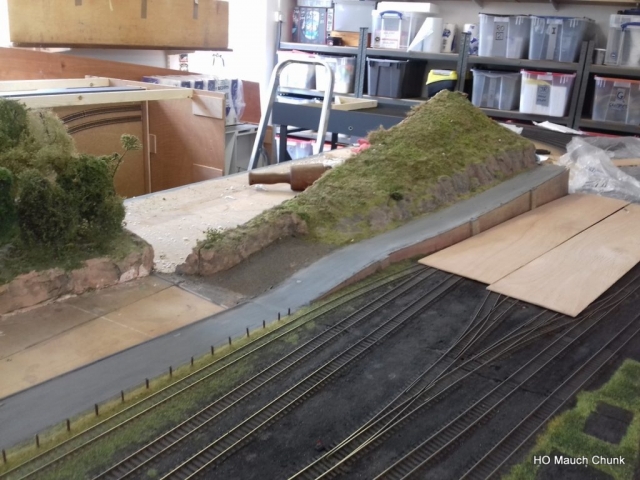 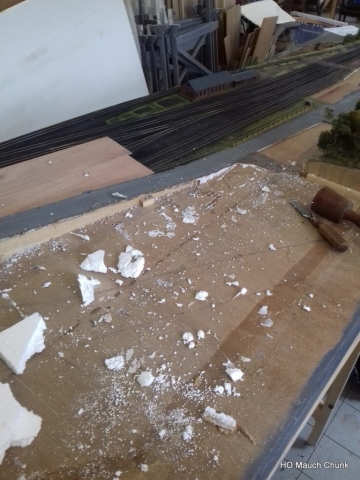 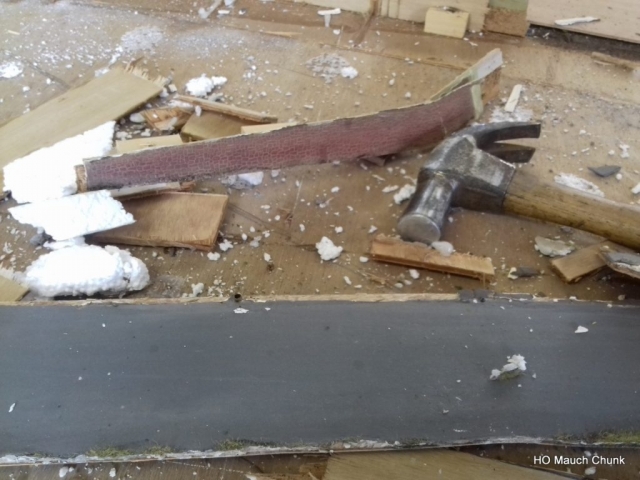 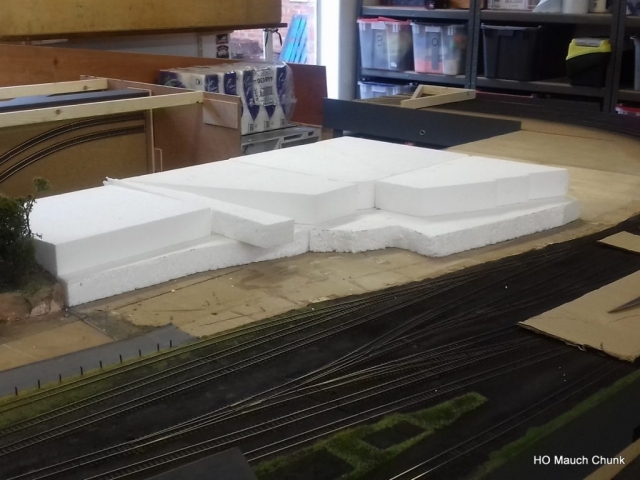 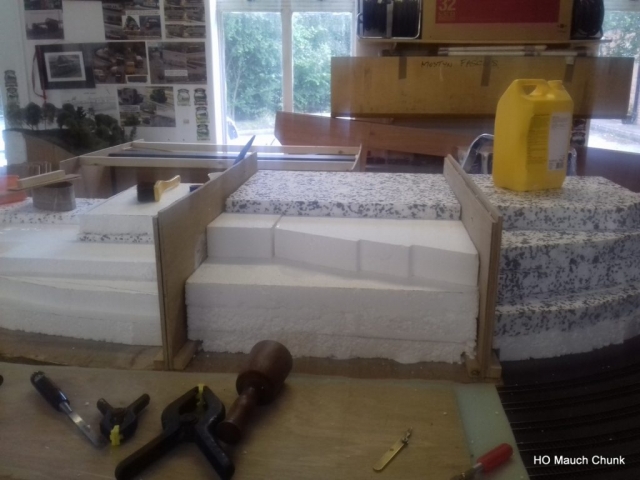 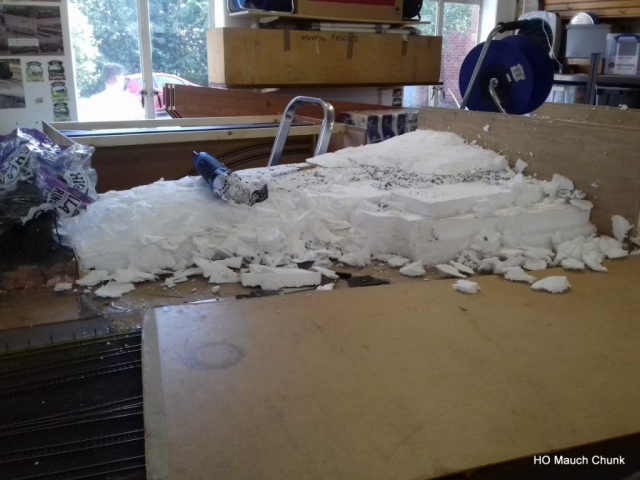 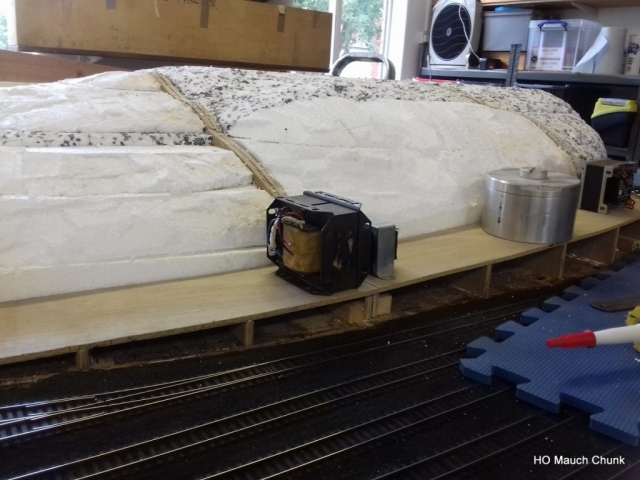 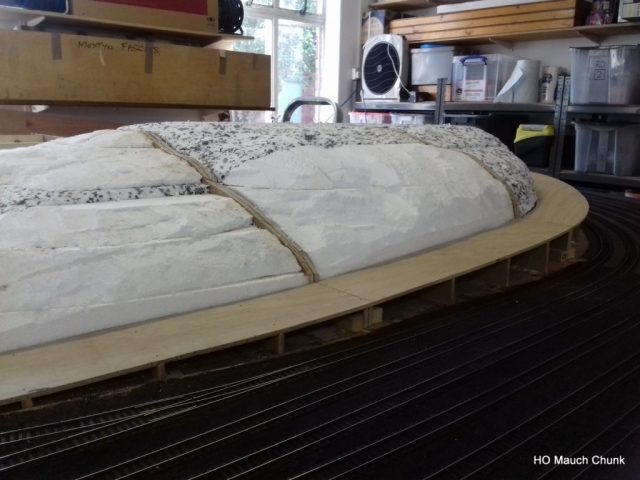 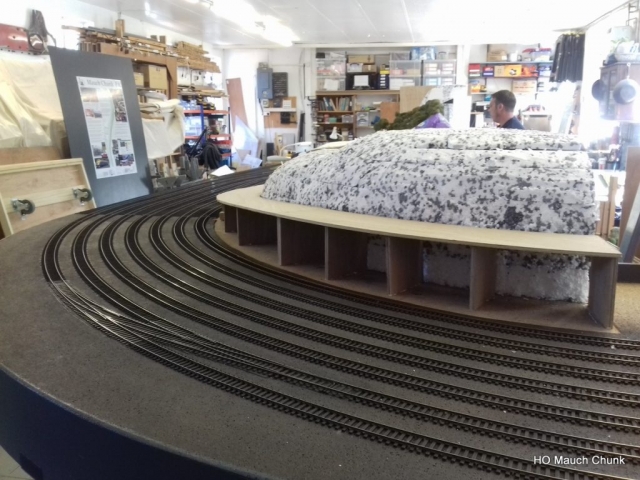 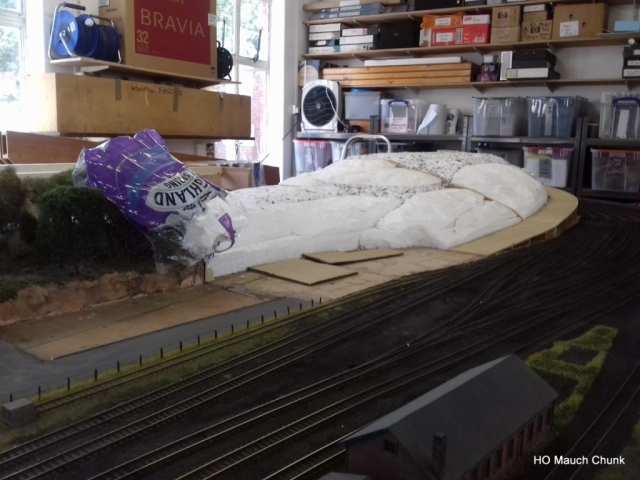 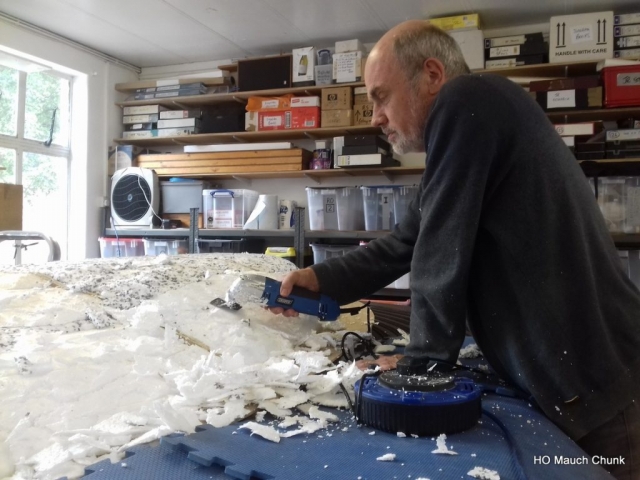 The other issue we wanted to resolve is the use of Big Bear with our Lenz equipment. Remember that we fudged at Chatham exhibition and used an NCE PowerCab to control the pointwork. Peter, the developer of Big Bear, has been very helpful and has now managed to recode Big Bear to work with the Lenz 23150 USB/ethernet adaptor – brilliant! This means that we have been able to lay out the control board again and it has been made to fit into a Really Useful Box for transport and operation. 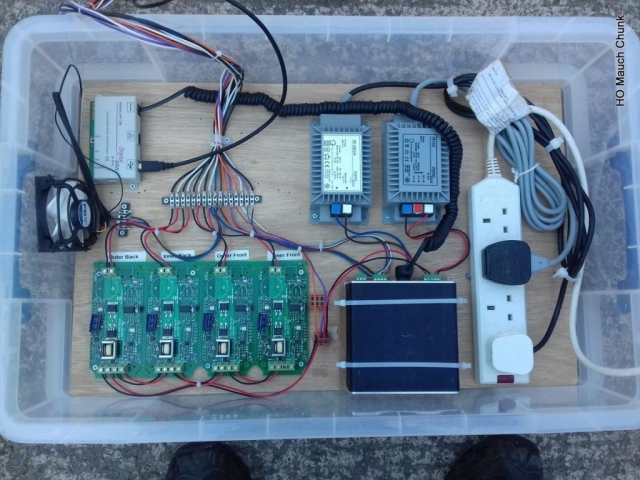 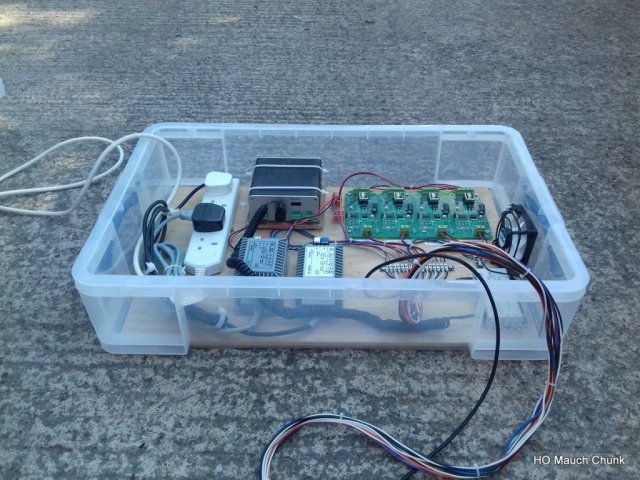 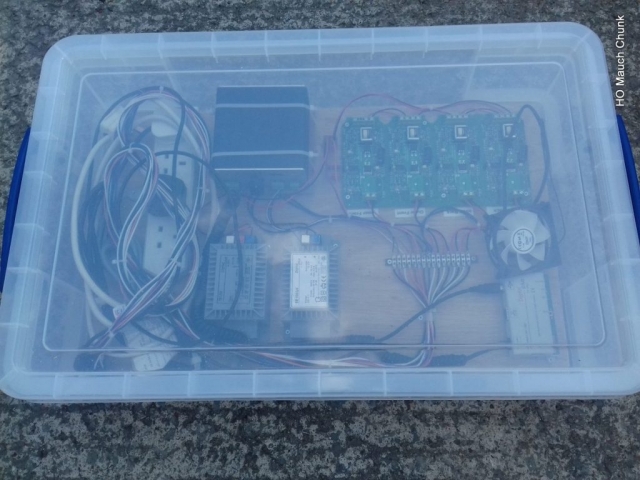